Man, I must be getting old.

I am officially 10 years older than the college freshmen I now teach. I am really starting to notice the age gap too.

Today in class, a student was talking about how a mom in North Carolina is going to court for allowing her 11 year old son to get a tattoo. I asked my student how old he thinks a person should be before being allowed to get a tattoo. He said he was 16 when he got his first one, but people need to be able to make a mature, informed decision. I went on to say that it was a good thing that I didn’t get a tattoo when I was a 11, because I would have been sporting an NSYNC tattoo on my arm today. My comment was met with blank stares. Are you kidding me? Do my students not know who NSYNC is?! 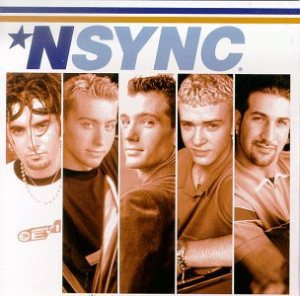 This got me thinking about some other things that make me feel old when it comes to daily interactions with college students.

-I don’t get all the Pokemon references.

– I know what the floppy disc icon on Microsoft Word stands for.

But, it goes the other way around too. I work with a lot of people who are a great deal older than me. The other day at lunch, a lady I work with was talking about how it was her 28th wedding anniversary, and that she was married in 1984. I quietly snuck this jewel in- “That was the year I was born…” So, I probably made her feel the way my students make me feel. What a vicious cycle.

But to sum it all up, if you don’t like NSYNC, we can’t be friends.

One thought on “If You Don’t Love NSYNC….”