About 20 hours later, I have made it to Japan! It happened to turn into my birthday as we were flying, which was kind of strange. I didn’t really know if it was my birthday or not! It makes for a strange birthday when only 9 hours of it exist! (Well, 6 for me, because jet lag wouldn’t allow me to stay awake for the rest of those hours.) Well, at least I have had another Asian birthday!

I landed at the Tokyo Narita airport and already started the adventure! My first stop after stepping off the plane was the bathroom. I have always heard that Japan has crazy toilets. Well, it’s true! They have squatty pottys and western toilets as well. The first one I used was a western toilet.  I was literally in the stall with my hand over my mouth trying to stifle my laughter once I accidentally pushed the button for fake flushing sound. You could also have a water spray, a deodorizer, and a seat warmer.

See all of the wonderful functions? 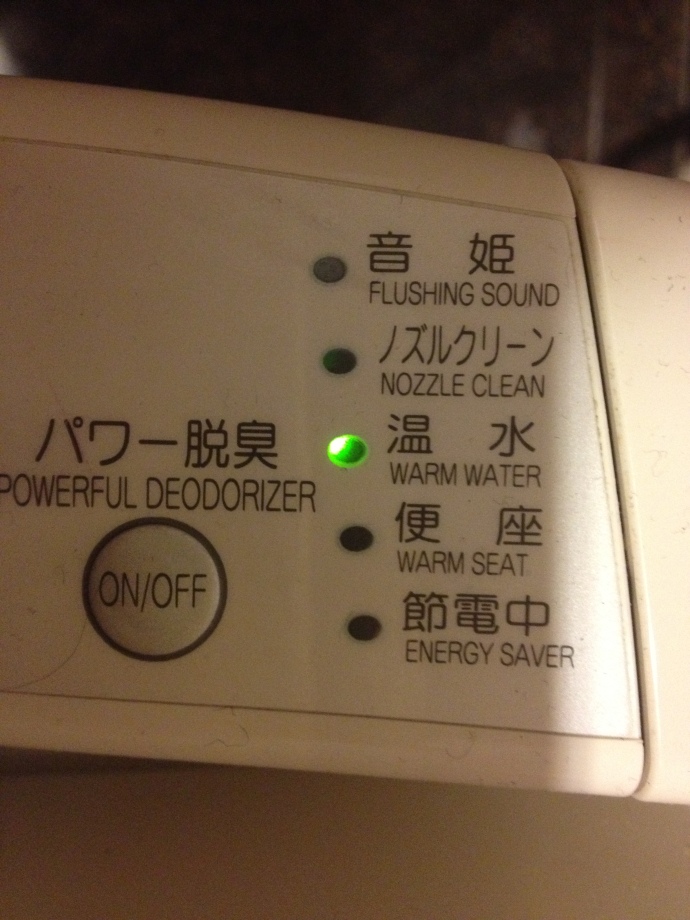 My contact here, Mr. M, picked me up from the airport,  along with his wife, and drove us to downtown Tokyo (the steering wheel is on the right side of the car and they drive on the left!) They both seem very sweet! They took me to dinner (we had a weird German-Japanese hybrid meal at a German restaurant), then took me to my hotel to settle in.

I haven’t been to a country for a while where they bow (Myanmar and Thailand being the last ones). It is neat to see! When we checked into the hotel,  it seemed Mr. M and the hotel manager would have a bowing contest to thank each other for allowing me to stay here. I myself have already bowed to my waiter and the lady that gives me my key at the hotel! I was watching Japanese tv this morning and at the end of the newscast they even “bow out”.

In a few hours, I will meet Mr. M for an orientation, and he’s going to show me how to use the subway (gulp!). I think I’m in for an interesting and exciting trip!

2 thoughts on “Bowing Out”